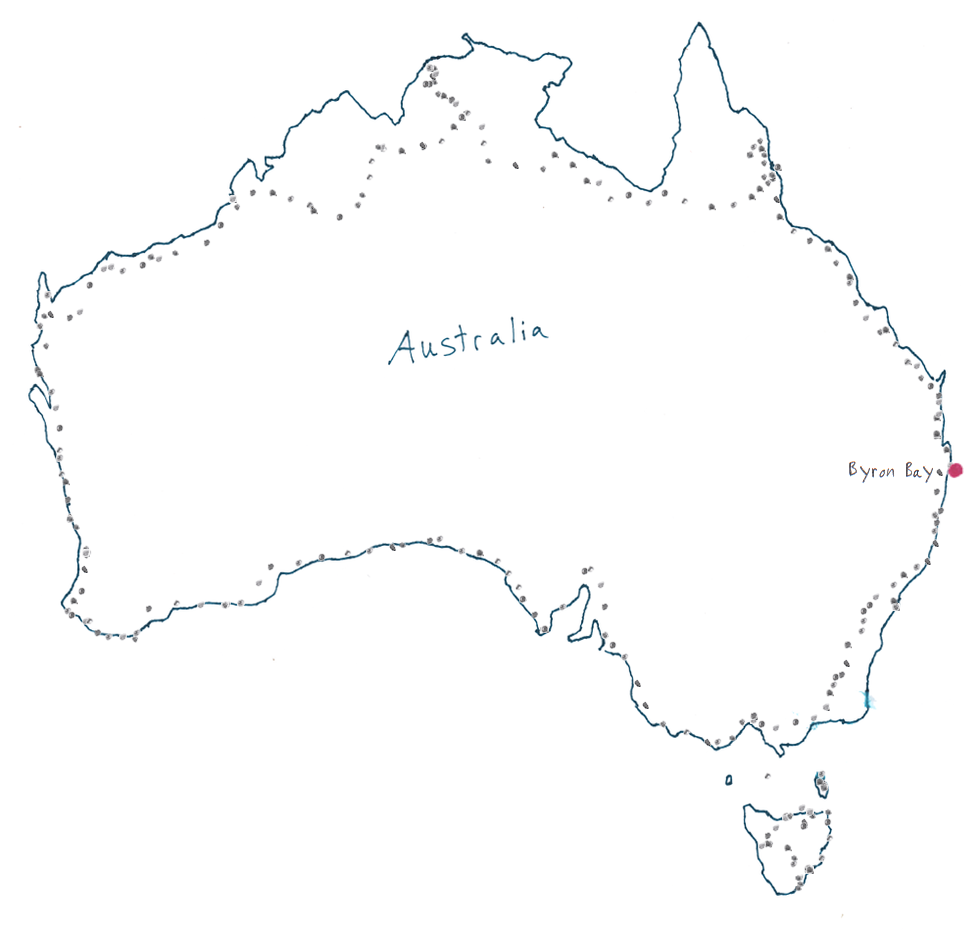 Got up early and biked up to the lighthouse, which is near the easternmost point in mainland Australia. Can't believe how fast the bike is without all that weight on it.

Decided I'd live the crappy YHA hostel and go to the Arts Factory one. The YHA one was too many concrete blocks and had too many signs. (clean your dishes, pee here, etc). Everyone was pretty friendly at the Arts Factory, yay. another cool hostel. Went out with some people and drank too much.