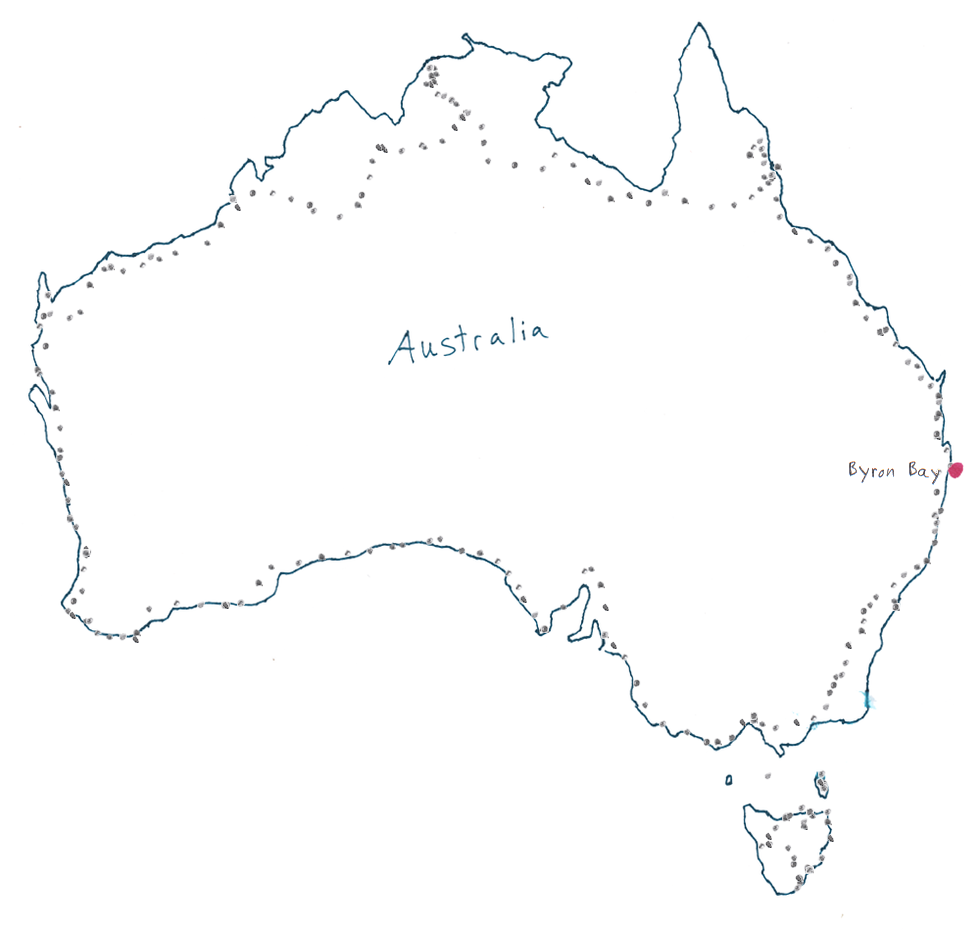 Finally got up before daylight this morning. Had to throw all my stuff out into the rugby field to pack it, too hard to pack in the brush. Made my coffee in the inzone and was off awhile later. Had a nice ride through the morning, except for hitting a rock square on with my front tire and getting a flat. Stopped at the bakery in Lismore. A guy saw that I was touring and asked me a few questions. After finding out that I was an American, he asked me about the whole September 11th thing. He said everyone down here seemed pretty concerned about it.

After Lismore the nice country road stayed just that, except the traffic increased 100-fold. I stopped to talk to a guy for awhile and we could barely hear each other. Eventually I made my way to Byron Bay. I went to the hostel and found out that the package of bike parts Kevin mailed to me was returned a day earlier...since they didn't think I was coming! More stuff to do down the line. Byron Bay is kind of nice, but it is full on marketed to the 18-30 crowd...so that gets to be a little much, at least net access is cheap. Going to stay at the Arts Factory hostel tomorrow, it looks a little more interesting than the one I'm at now.