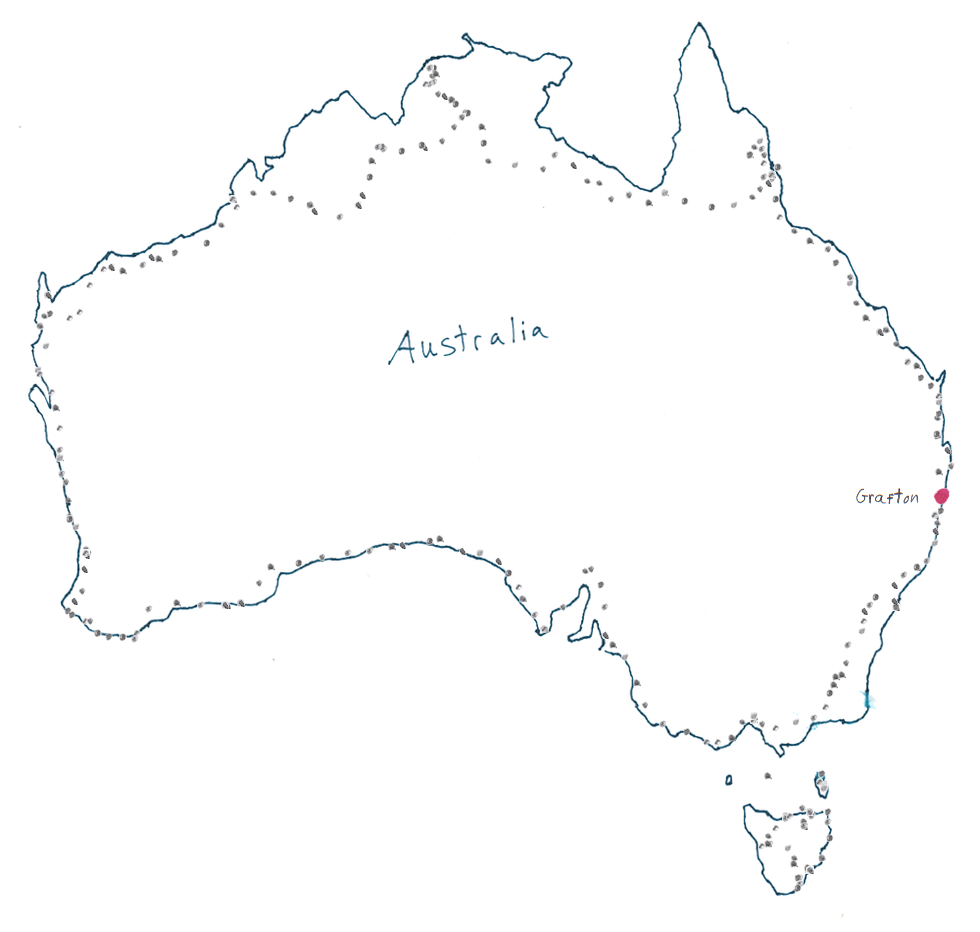 Was up and on the road by about 7:30am. Would have been about 7:00am, but I got really caught up in an article about Sharon Stone and how she might be having relationship troubles with her husband. The hostel room I was in ended up being a bit noisy throughout the night nad I kept waking up. One guy was talking in his sleep, another guy spent 30 minutes packing at 5am. Throw all yer crap into the hall and pack there...that's what I've always done.

Trying to stop drinking coffee, but it didn't work. Had a slow morning until I got to the next town. Had some coffee there and it helped a bit. The rest of the day was pretty uneventful. Got to Grafton and did a bunch of email and clock site stuff. Ended up camping here at this caravan park that seems to be the Hearst Castle of caravan parks. Tomorow I get to go to a town called Casino. I bet the residents get sick of people asking if there is gambling there. (which there is not from a couple things I've read).