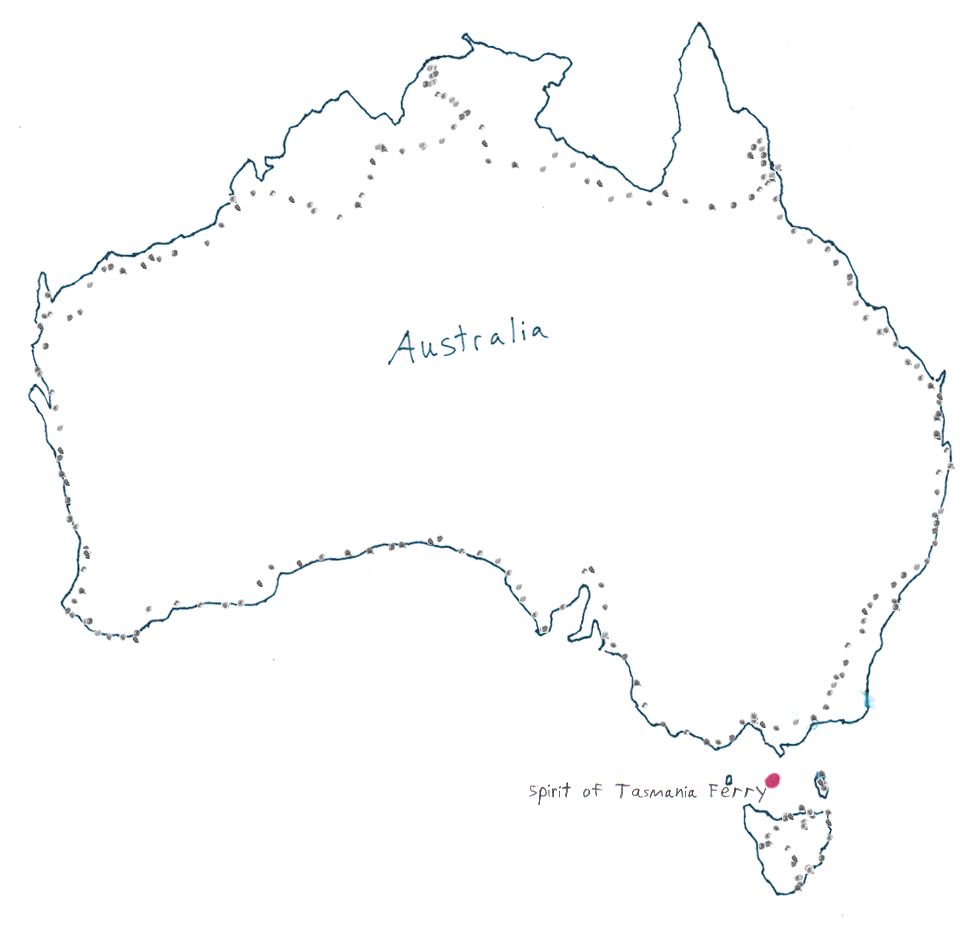 Today I left for Tasmania. Had a whopping 5k ride to the ferry dock. It was a fun 15 hour ferry ride to Tasmania. Met a few people on the boat.and got some good pictures.