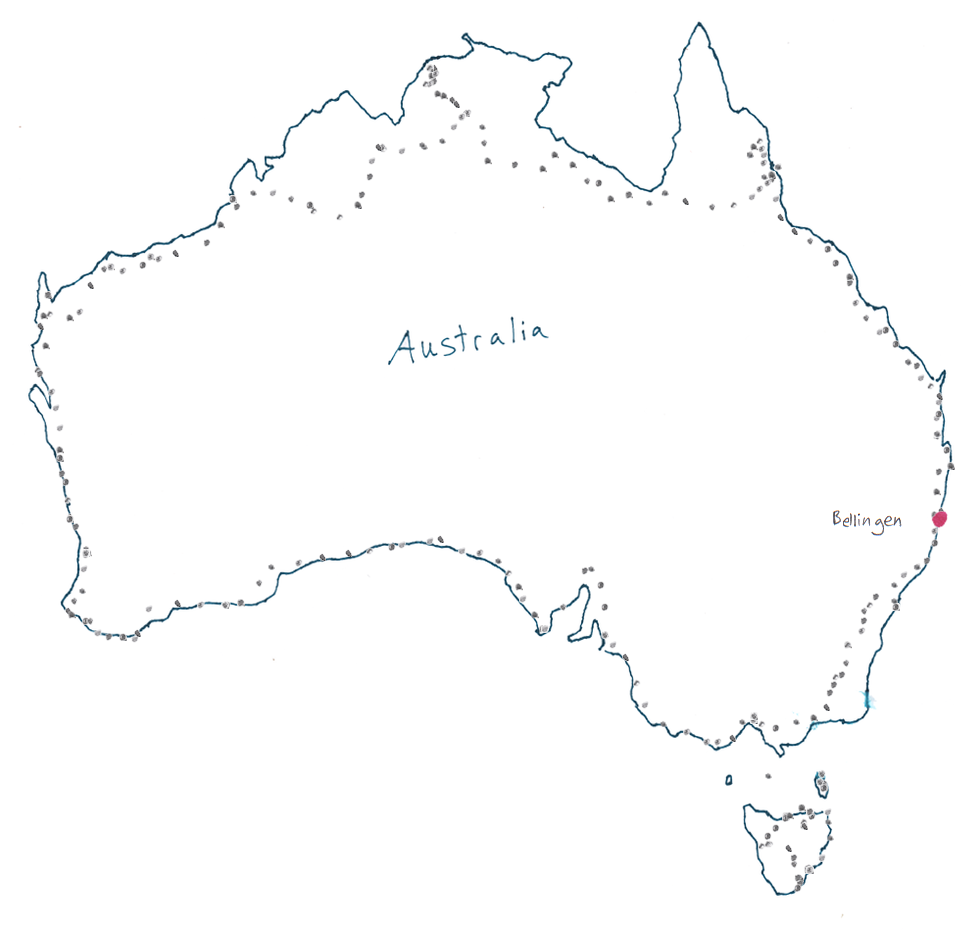 It was nice waking up on the beach at 6:00am. By 6:30 there were already a couple power-walkers out and about. I ate breakfast on the rocks and took a clock photo.

Before I got out to the highway I passed a construction crew who were having breakfast. Remembering how well the photos of the survey crew (hi David!) in southern Tasmania came out...I swung back around. I had tea with them and got some good clock photos.

Got into Macksville, there was a natural foods store and I was able to get decent food for once that wasn't fried.

Had a nice ride into Bellingen through a forest. I kind of missed riding on dirt roads, though the dirt roads always have the biggest climbs...and this part had three big hills to climb. Got into Bellingen and new I'd be stuck there a few days. Some towns you get into and you want to leqve the second you get there, others you worry you might be stuck there forever.

The hostel turned was one of the best hostels I've stayed in. You had the option of sleeping in bunks that were basically outside. I went on a night kayaking trip on the river. That was pretty nice, didn't seen any wildlife other than the reflected green eyes of a couple cows. Looked at the stars a bunch, you can see the southern cross down here, but no big dipper as you can in the northern hemisphere. We saw a few shooting stars.

I mentioned to Dan, the guy running the kayak trip about the big meteor shower last Novemeber. MCQ, Aaron, Jermemy and I had all gone down to Smith Rock in central Oregon. We woke up at 3am and were seeing shooting stars every 10 seconds or so. So many were flying by that it was a case of "ok, I'll see 20 more and then go to sleep". Anyway, I mentioned this to Dan and he got a little agitated. He said that it had been a drought year down here in Australia and there hadn't been any major clouds in the sky for a long long time. On the night of the meteor shower, it poured rain...the next night it was totally clear.