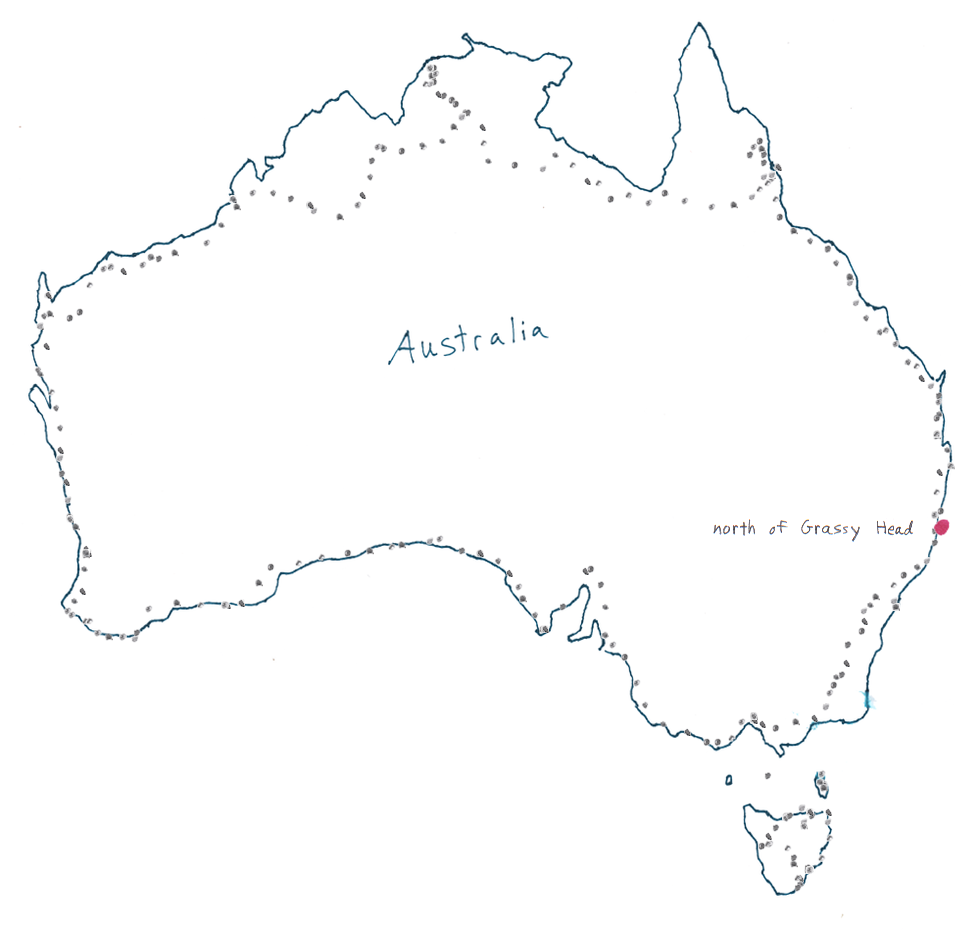 Slept in again today and didn't get moving till around 8:00am. There was fog everywhere so I coudln't really tell what the weather was going to be like for the day. Rolled up Highway 1 for a few clicks and saw on my map that there was a road heading off to the west a little and then north, which would keep me off of highway 1 for about 20k. This road went into the state forest and I later found out it basically served to dump me into a rat's nest of logging roads. More on the later. I passed the small area of Colombatti which looked like fire station. Apparently there was a Colombatti hall down the road, cause there was a fire brigade meetin' there on the 21st.

I passed a small house awhile later and it had a sign that read "pot plants for sale". Knowing this would make a nice photo on the website, I swooped back around to get a picture. The guy at the house came out with his very aggressive Jack Russel Terrier dog and asked if I was lost. I told him no, just taking a little break. We started talking about everything and about 1.5 hours later I said I should probably get going up the line. He asked if I had another quick five minutes to check out his garden so he could show me a few things. I knew this meant I'd be there another two hours, but figured I wasn't in any hurry so why not. Ended up having lunch with them. Left about 1:30 in the afternoon, yup, 4 hours I spent there. He showed me all around his garden.

I rode through the maze of forest roads in a northern direction and a couple hours later got back to highway 1. Cars Cars Cars. Eventually I got to where I could gurn off the Highway onto a calm road. Got to Stuarts Point and stopped to pick up some milk. That little town had to have the most amount of hanging-out per capita for any town I've been in. Everyone was kind of just standing around.

I saw on my map that there was a camping area at Grassy Head. After turning down a side road and passing under a log arch that read "Welcome to Grassy Head Holiday Park", I decided this was a bad idea. I got water and turned around and left. It wasn't raining and I took a shower yesterday (really!) so I figured I'd chance it and see what was up the road. I'm glad I did, because I found an access trail down to the beach. I went up the beach a bit and found a little spot near some rocks. Looks like some people have been doing rock climbing here. Camped right beside the ocean right now. For once something is actually louder than my MSR stove! Tommorrow I'm going to shoot for Coffs Harbour, but I dunno if I'll get there. I can tell I'm getting farther north, saw my first Banana trees today, and the percentage of right-o's is increasing.