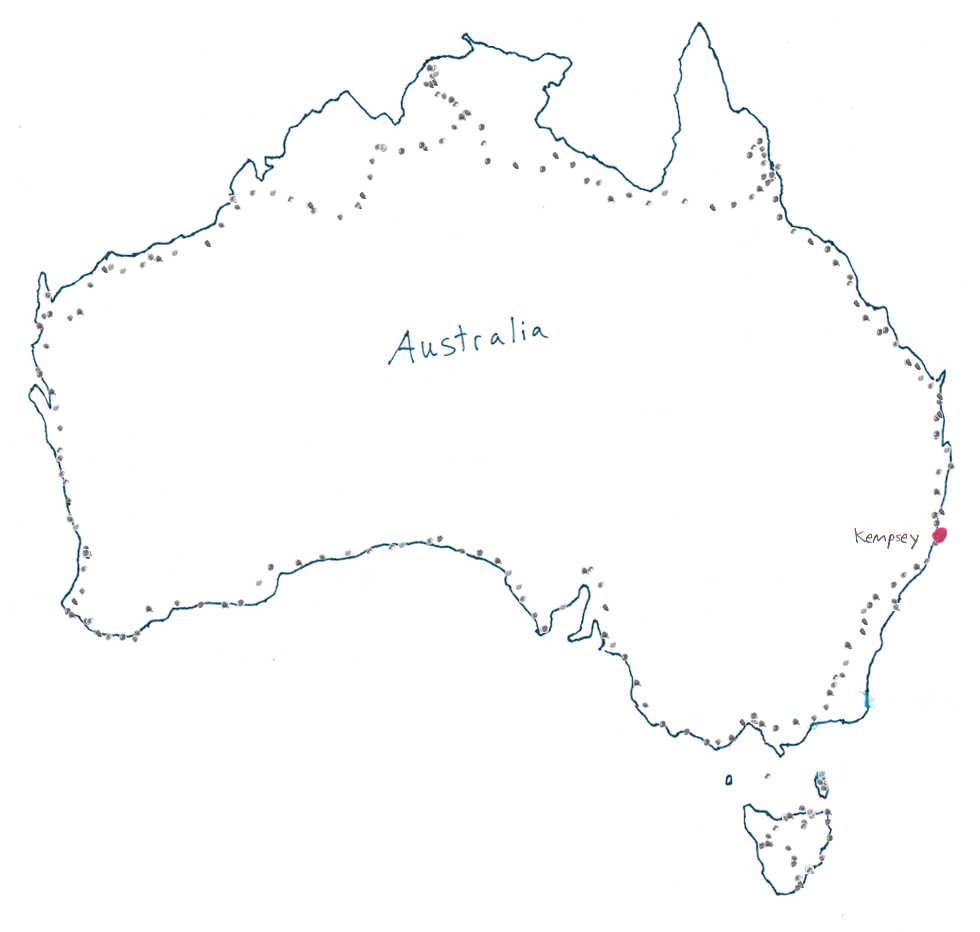 Today was alright. Took me awhile to get my butt moving. Slept in too late, mostly because I had to get up in the middle of the rain last night and put up my tent. Put Guns and Roses' on and rocked on down the road, except I ended up getting Axl's "nananananana knees knees" stuck in my head for the rest of the day. Got to Port Macquire, which dates back to 1821 as a convict colony.

Spent three hours in Port Macquire eating and catching up the buttload of email from the clock site and my normal email. Since there were only three precious hours of daylight left, I knew I wouldn't make it to Nambucca Heads tonight. The ride on Highway was was pretty typical....not a whole lot to see since you are on a highway, but the distance goes by really fast since you can keep up a pretty good pace. Found a caravan park to stay at. It is raining but it has a nice tree which keeps me out of it. Want to get north where it is warmer!