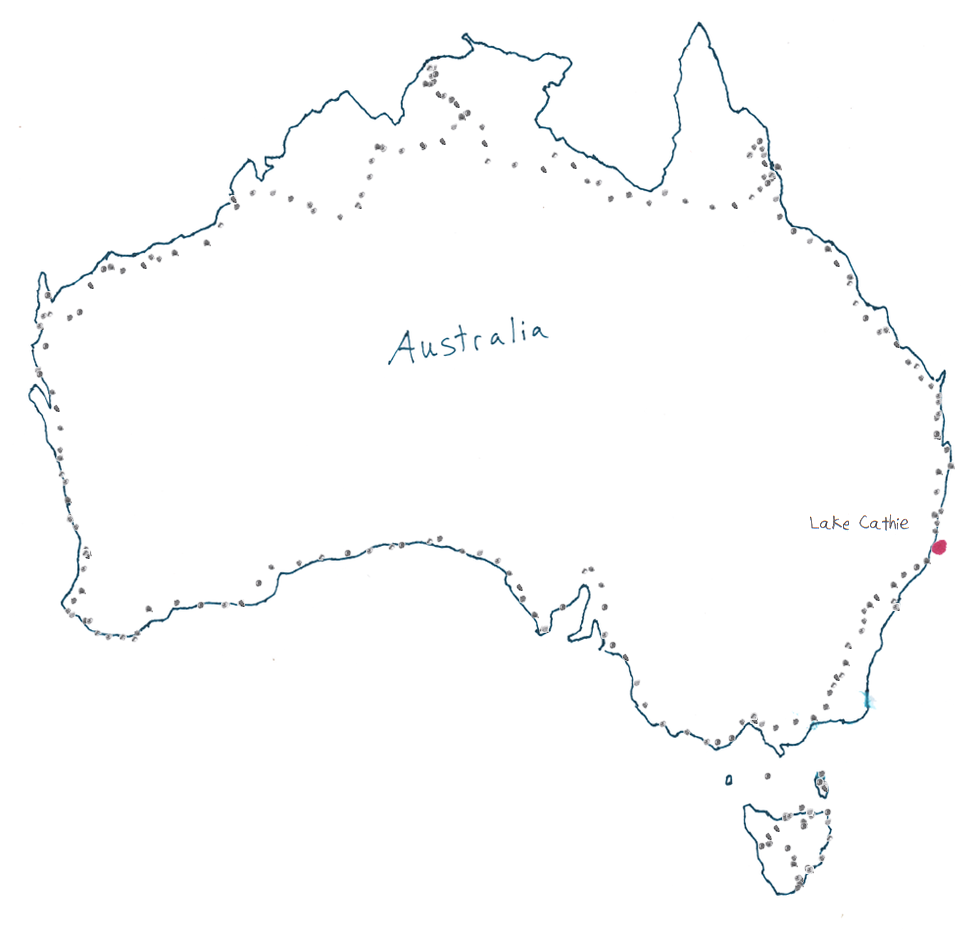 I think somewhere along the line I'm going to get paid back for having my stuff all over the hostel room...drying it out. There was only one other guy in the room fortunately.

Had a pretty nice day of riding, nothing totally exciting happening. I reached the small town of Lake Cathie before dark. There wasn't any real place to stay there, but it was close to the beach. I rode of the road (ha ha, that rhymes) a bit and pushed my way through some burnt brush. Found a spot where I could put out my sleeping bag. Looks a little iffy as to if it is going to rain again or not, but I really don't feel like setting up my tent. Had dinner down on the beach and read the newspaper....that was pretty nice. Much better than a hostel or a caravan park.