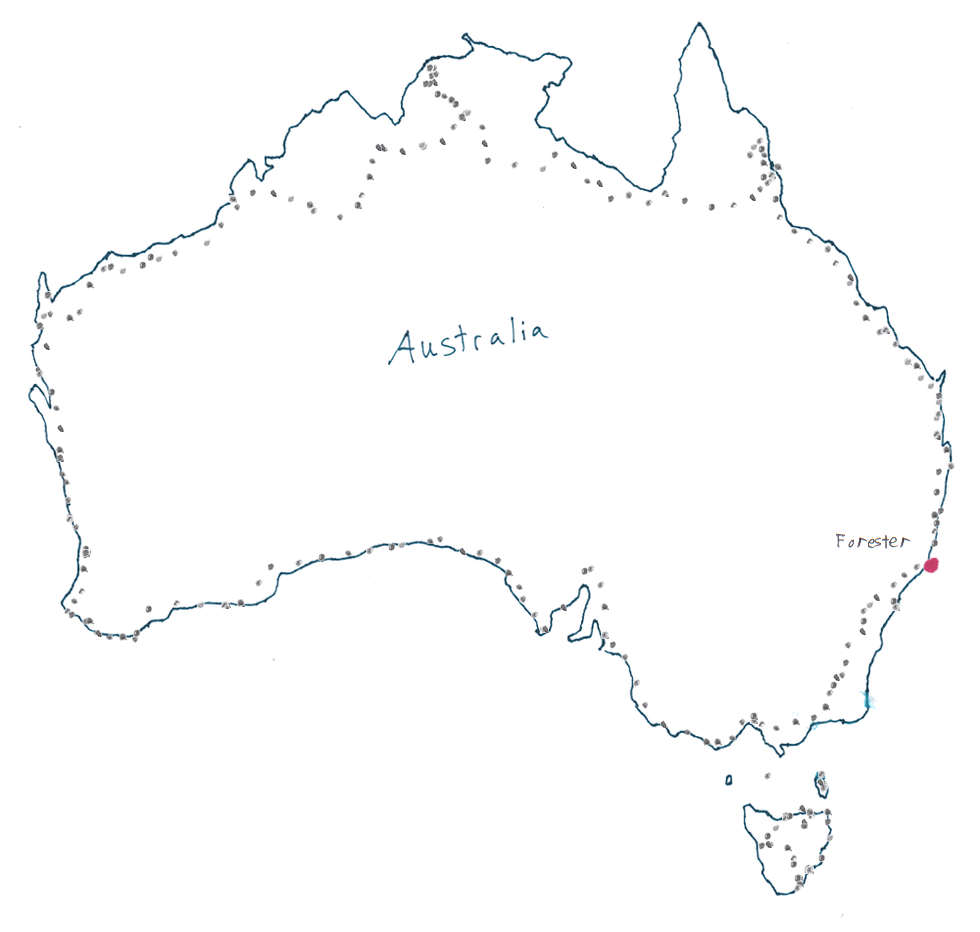 Left my nice little hostel and rode out into the rain. I wasn't too worried about the rain since I knew I'd be staying at the hostel in Forester tonight. Rain it sure did! Met a guy right before Bulahdelah and talked to him for awhile. Ended up having another deep techie discussion, that is twice now. Got to Bulahdelah and ate some food. A guy walked over and talked to me for awhile, he said "bummer about the puncture". I looked down and my rear tire was flat. At least I was able to change it someplace dry.

Spent all day riding through the rain. Eventually I saw the Pacific Ocean, where it is on the east! Granted, I could have seen it when I was in Sydney had I been able to escape the clutches of Glebe..but that is beside the point. The rain was really pouring down but I was staying pretty dry. Got to the hostel and dried stuff out...including the clock. It is Sunday so nothing is open except for this greasy fish and chips place...which I induldged in.