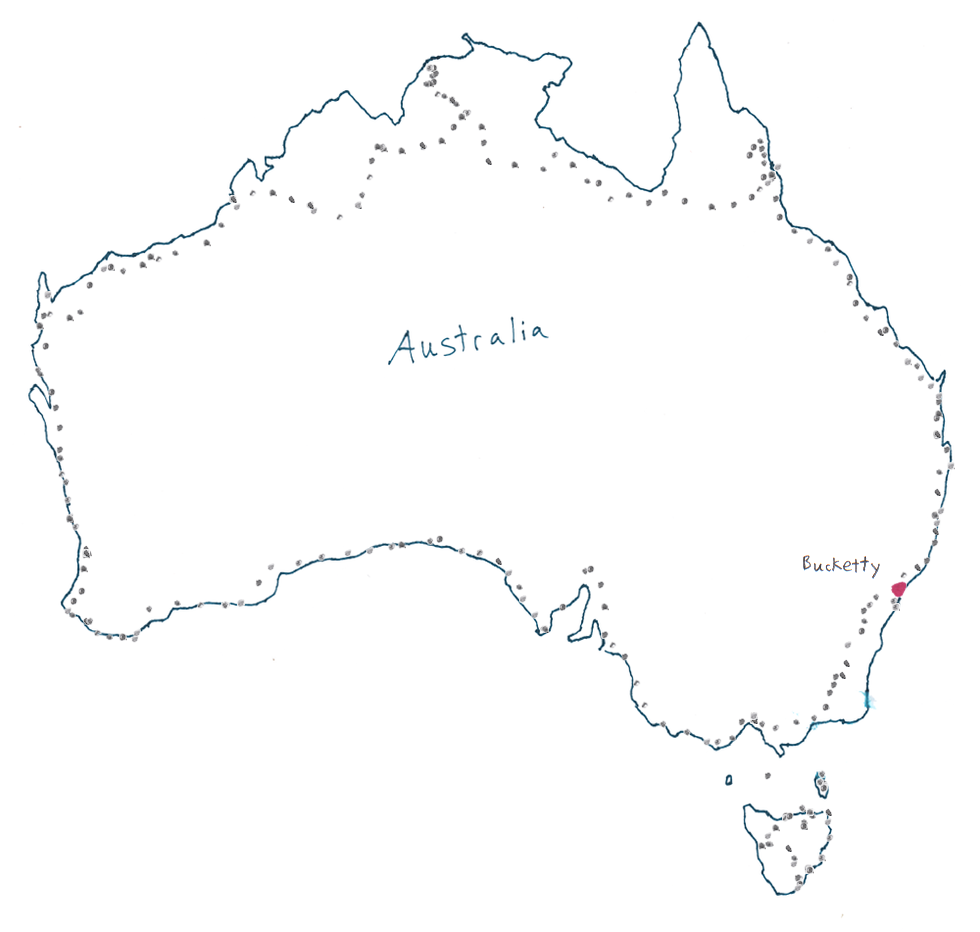 Woke up this morning and there was a woman running on the dirt road near my camp...I guess I'm camped in somewhat of a park, so that is to be expected.

Today was a pretty normal ride...still going over everything that happened in Sydney. The ride wasn't too bad today. There is a motorway heading out of Sydney, so all the traffic sticks to that and I had the old highway to myself...riding along listening to Bad Brains.

Got a flat tire near the Kundar? Observatory, so I just decided to camp out in the bush. Found a suitable spot, though I probably spent too long looking. The guy at the observatory told me to watch out since there was a lot of iron around...might hurt the laptop or something. I went to cook and realized I forgot to buy petrol. Ended up burning most of my Lonely Planet "Cycling Australia" guidebook, which personally was a better use for it. Made a gawd-awful dinner in the cloudy/rainy weather. Had pictures of it but accidentally erased a few pictures.