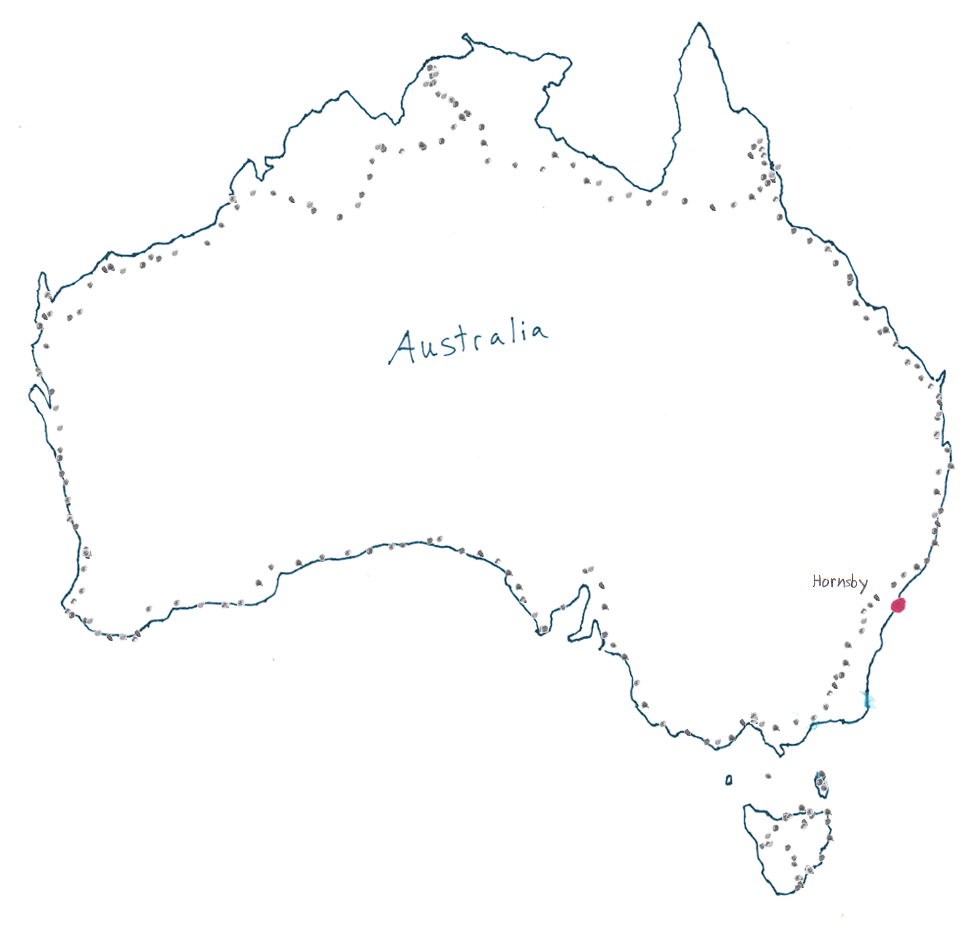 escaped the clutches of Sydney! Said goodbye to everyone, even though I was a bit hung over..so I wasn't as social as I could have been. Meandered my bike around the train tunnels and eventually got on the train back to Richmond where I got on.

The ride today was alright, just skirting around the suburbs. Went to order a salmon sandwich at a store, the woman walked out into the store, got a can of salmon, and dumped it onto buttered bread....there was my sandwich. Nearly lost the clock at one point, I need ot take better care of it.

Ended up not really getting anywhere before dark. Had a nice ride though a gorge. Found a spot off in a park to camp.